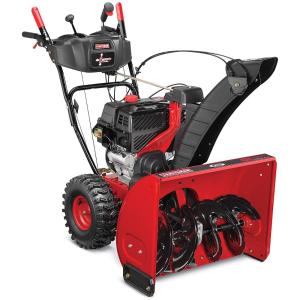 These common questions about snowblowers are the ones our experts hear the most often from our customers. You might also find the help you need by checking the common symptoms and solutions for snowblowers. When you’re ready to make a repair, search your model number to find replacement parts. Sears PartsDirect has the part you need, no matter where you bought your snowblower.

Why won't my auger turn?

Other causes include a worn auger drive belt. Replace the auger belt if worn. A gear case failure or too much slack in the auger control cable could also be cause. Inspect the auger drive components and replace any worn or damaged parts.

Why won't my snowblower propel itself?

Can I use E85 (ethanol) fuel in my snowblower?

E85 is a fuel combination of ethyl alcohol (ethanol) and gasoline. It contains 85% ethanol. Many snowblowers are not designed or certified to use E85 fuel or any alcohol blended fuel.  Check your  your owner's manual your specific model.

Why is my snowblower difficult to start?

Water or dirt in the fuel system could cause the engine to be difficult to start. Stale fuel is also another cause. Remove the fuel from the fuel tank and add fresh gas. If the snowblower has fresh gas and it is still hard start, a fouled or burnt spark plug could be the reason. Remove and replace the spark plug.  If the snowblower has fresh gas and the spark plug is getting spark and won't start, it may need to have the carburetor cleaned and rebuilt.

What steps do I take to store my snowblower?

Never store your snow thrower with gasoline in the fuel tank indoors or in an enclosed, poorly ventilated area. If gasoline remains in the tank, fumes may reach an open flame, spark or pilot light from a furnace, water heater, clothes dryer, cigarette, etc. Gasoline must be removed or treated to prevent gum deposits from forming in the fuel tank, filter, hose, and carburetor during storage. It is best to run the engine until the fuel tank is empty and the engine stops before storing the snowblower.

Why won't my snowblower discharge snow?

A broken shear pin connecting the auger to the shaft will prevent the auger from turning and pushing snow up into the impeller and discharge chute. Replace the shear pin if broken.

Things to do: replace the spark plug, change the oil, rebuild the carburetor, adjust valve lash, adjust or replace the belts
Read more

These step-by-step repair guides will help you safely fix what’s broken on your snowblower.

How to replace a snowblower fuel filter 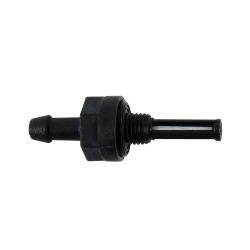 Replace the fuel filter on your snowblower if it's clogged or damaged.

How to rebuild a snowblower carburetor 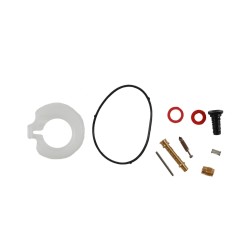 Rebuild the carburetor on your snowblower if the engine isn't getting fuel.

How to replace a snowblower 4-way chute control assembly 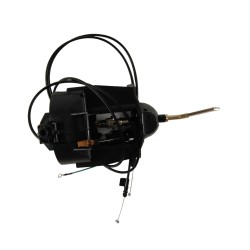 Replace the 4-way chute control assembly on your snowblower if it’s damaged.

Articles and videos for gas snowblowers

Use the advice and tips in these articles and videos to get the most out of your snowblower.

How to adjust a snowblower auger control video

This video shows how to adjust a snowblower's auger control.

How to adjust a snowblower drive control video

Learn how to tighten a snowblower drive control if the drive slips or doesn't engage, and how to loosen it if the snowblower creeps when you disengage the drive.

How to adjust a snowblower chute control rod video

See how to replace the chute control rod on a snowblower.

How can we help you?