5 tips for a hard-to-start chainsaw 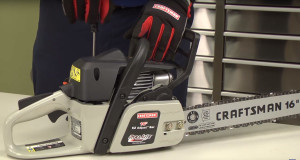 When you have trouble starting your chainsaw, try these steps before you start tearing the chainsaw apart. If it still won't start, the problem could be the spark plug, fuel line or carburetor. See our DIY chainsaw repair page for symptoms and step-by-step repair instructions.

1.  It's so basic, but it happens: make sure the On/Off switch is set to On when you start it.

2.  Old fuel collects moisture, making the fuel difficult to ignite. If the fuel has been in the tank awhile, drain it and replace with fresh fuel.

3.  It's possible the engine is flooded with fuel. To clear excess fuel from the carburetor, place the choke lever in the Off position, hold the throttle trigger fully open and pull the starter rope 5 or 6 times. Try to start the chainsaw.

4.  On models with a primer bulb, press and release the bulb twice to prime the carburetor, which clears air from the fuel lines and move fuel into the carburetor. Try to start the chainsaw after priming the carburetor.

These step-by-step repair guides will help you safely fix what’s broken on your chainsaw.

How to replace chainsaw fuel lines 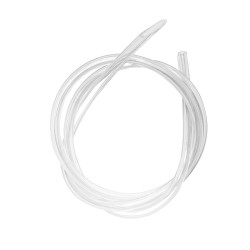 The fuel line on a chainsaw becomes brittle over time and can crack. Replacing it doesn't require a lot of DYI experience. These instructions show you how.

How to rebuild a chainsaw carburetor 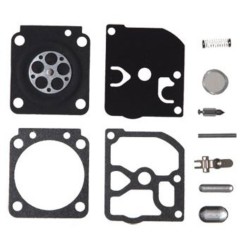 If your chainsaw isn't running well, a dirty carburetor could be the problem. You can take it apart, clean it and rebuild it, using a carburetor rebuild kit. This repair guide takes you through the process.

How to replace a chainsaw carburetor 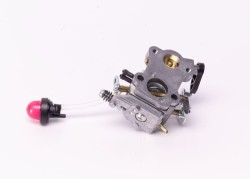 If the engine won't start even though there's fuel in the chainsaw, the carburetor could be the problem. Sometimes, it's easier to replace the carburetor than to clean it and rebuild it. Follow these steps to do the job yourself in about half an hour.

Articles and videos for gas chainsaws

Use the advice and tips in these articles and videos to get the most out of your chainsaw. 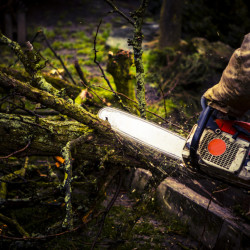 Learn the basics of taking care of your chainsaw and solving common problems.

How to sharpen a chainsaw 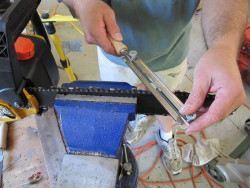 Find out how to sharpen a chainsaw.

5 tips for a hard-to-start chainsaw

These tips may help you get your hard-to-start chainsaw running.